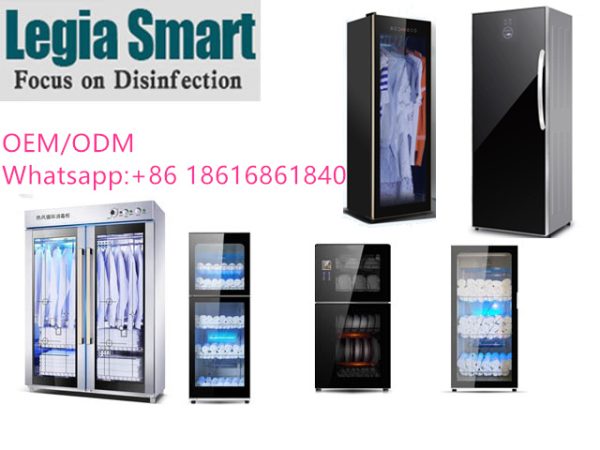 Photocatalyst is a general term for photocatalytic photocatalytic semiconductor materials represented by nano-titanium dioxide. It is coated on the surface of the substrate and has strong catalytic degradation function under the action of ultraviolet and visible light: it can effectively degrade toxic and harmful gases in the air; it can effectively kill a variety of bacteria, and can decompose toxins released by bacteria or fungi and make them harmless. It also has functions of removing formaldehyde, deodorizing, anti-fouling and purifying air.

In 1967, Professor Kenichi Bento of Tokyo University and doctoral student Showa Fujima found that the electrolysis of water could be carried out by irradiating the titanium dioxide electrode with light. This is the well-known “multi-role photocatalytic reaction, which catalyzes the oxidation of water or oxygen in the air to hydroxyl radicals (. OH) and superoxide anion radicals (. OH), reactive oxygen species (HO, H. Otam) and other photoactive groups with oxidation ability. These photoactive groups have the same energy as 360K high temperature, and have strong oxidation.
These strong oxidizing groups can effectively decompose various organic compounds and some inorganic compounds with unstable chemical bonds, and destroy bacterial cell membranes and protein vectors of coagulating viruses.

Photocatalyst materials mainly include nano-titanium dioxide, zinc oxide, CdS, WO3, Fe2O3, PbS, SnO 2, ZnS, SrTiO3, SiO 2, etc. Since 2000, some Nano-noble metals (platinum, rhodium, etc.) have been found to have better photocatalytic performance. However, most of them are prone to chemical or photochemical corrosion, and the cost of noble metals is too high to be used as photocatalysts for household air purification.
Nano-titanium dioxide (titanium dioxide) is a kind of semiconductor, which has three crystal structures: Anatase, Rutile and Brookite. Among them, plate titanium crystal has poor stability and is generally considered to have no photocatalytic activity.

Photocatalysts can effectively degrade formaldehyde, benzene, toluene, xylene, ammonia, TVOC and other pollutants, and have a wide range of disinfection performance. They can decompose toxins released by bacteria or fungi and treat them harmlessly.
Under the condition of no serious environmental pollution, as long as the photocatalyst does not wear and tear off, the photocatalyst itself will not change and lose. Under the irradiation of light, the photocatalyst can continuously purify pollutants, which has the advantages of lasting time and lasting effect.
However, if the environmental pollution is serious, some sulfate and nitrate ions will affect the life and effect of photocatalyst, which will lead to inactivation, and the activity can be restored by related technology.

Pure nano-titanium dioxide powder can only absorb ultraviolet light below 400 nm. In the natural environment, the proportion of ultraviolet light is low, less than 10% of natural light. Therefore, pure nano-titanium dioxide has little effect of photocatalyst.
Therefore, in order to make titanium dioxide absorb visible light and even far infrared light, it is necessary to adopt special material preparation and doping technology.
For example, the photocatalysts were induced by visible light by solid-phase synthesis, doping of transition metal ions and non-metal ions, metal-organic complexes, surface sensitization, semiconductor composite and other methods.

As a new air purification product, catalysts (nano-aldehyde removal enzymes) are more and more used in vehicle air purification. They mainly have the following functions:

Release of negative oxygen ions, the Institute of Physical and Chemical Technology of the Chinese Academy of Sciences tested a domestic photocatalyst and found that the use of high-quality far-infrared photocatalyst spraying 100 square meters of building area of the room, equivalent to the purification effect of planting 25 birch trees.

It has bactericidal effect on Escherichia coli and Staphylococcus aureus. While sterilizing, it can also decompose harmful compounds released from dead bacteria.

It has the functions of purifying water pollution and organic harmful substances in water, and has super hydrophilic surface, fog-proof, washable and dry-proof.

PrevPreviousWhat is nano water ion sterilization technology? Why is its effect so good?
NextWhat items can disinfect cabinet disinfect? What items cannot be disinfected?Next